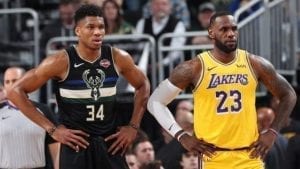 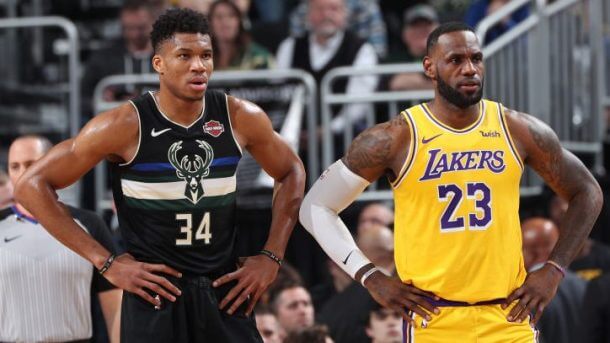 Before the time of the ‘great boredom’, basketball players use to battle on a nightly basis for a chance at NBA glory. These three NBA players were just hitting their peak performance when they were put on pause…

Only his second year, you say? Couldn’t possibly lead a team to glory yet? Too early? I’m sure we all thought that before the season started. Even after an impressive ROY campaign last year, he seemed destined for future glory. But, now we eat our hats as Doncic was averaging almost a triple-double in his second season while leading the Mavs back to the playoffs.

The ‘Man-Child’ Slovenian was averaging a staggering 28/9/8 stat line before the break, vaulting him up to the league’s elite talent.

Can Giannis Really do any more on a basketball court? I mean he was already putting up Wilt-like numbers this season, dominating the stat lines nearly averaging an astonishing 30/14/6.

Not only was Giannis killing it in the box score, but he was also leading his team to the NBA’s number one spot. The crazy thing here is that last year’s MVP was probably gonna win it again, as well as to deserving the Defensive Player of the Year Award on top.

LeBron was leading the West-leading Lakers on quite a nice stretch before the break. As he saw Gianni’s battle injuries and a minor losing streak, ‘King James’ went on a tear as the Lakers only lost two out of their last thirteen games. If that wasn’t enough, LeBron put up nearly a 30-point triple-double a night down that stretch.

We know he’s getting older, but if you watch him you would never know. He’s as strong as any 21-year-old in the league but with an 18-year in the league mind. The scary thing is he doesn’t seem poised to slow down anytime soon.