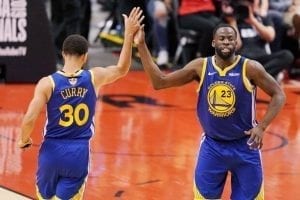 3 NBA Teams That Needed The Break

Speaking strictly basketball, this lockdown has caused a setback for most teams around the league and they’re Finals hopes. However, for a few teams, this NBA break came just in time with their respective futures in mind…

After letting their ‘Unicorn’ franchise player leave to Dallas, losing out on the summer’s big tickets, and filling out the team with redundant players. The Knicks season obviously, didn’t start on the right foot, as they were dwindling towards the bottom of the league.

So, this break might bring that NY pride back to a team and a city that definitely needs a win. The Knicks are just one smart trade, a surprise free agent signing, and a strong draft pick away from playoff ball. That’s not a lot to ask, right?

With 22 straight seasons of playoff ball on the line, the Spurs were sitting pretty uncomfortably in 12th place in the West, with a tough climb back to the postseason for a record 23rd time.

Add to the fact, that this might have been Coach Pop’s last season, turning his focus to USA Basketball. The Spurs can hopefully return to the ’20-’21 season to try and continue their magnificent playoff run and hopefully, that’ll be enough to entice Pop to return for another season before he rides off into that Texas sunset.

The dynasty is far from over but, this season provided a much-needed break for the Warriors’ stars, with both Curry and Klay out with injuries. With lower expectations, the ‘Baby Warriors’ were preforming as good as a G-League Team. Then Curry came back with a hunger and suddenly the Warriors had some fight.

Though winning, meant distancing from the #1 Draft pick, and if they weren’t gonna make the playoffs then why not add another future star to this championship-calibre team. Good thing the break came or they would’ve won their way out of the lottery.