Can the Dynamic Duo of Harden and Westbrook Lead Houston to an NBA Championship? - Offside Story 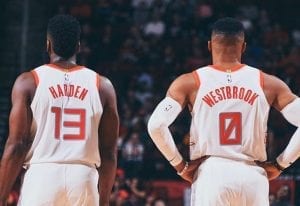 Can the Dynamic Duo of Harden and Westbrook Lead Houston to an NBA Championship? 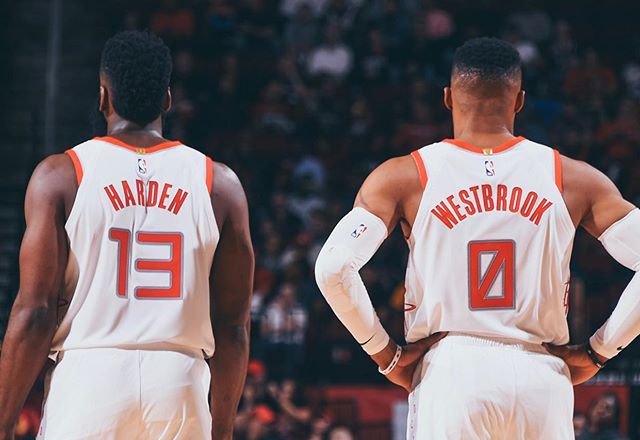 The Houston Rockets are rolling, and the dynamic duo of James Harden and Russell Westbrook is off to a much better start than any could imagine. While both players are accustomed to dominating time of possession, the close friends have found a perfect balance with Harden scoring at a historic clip.

For the season, Harden is averaging 37.9 points, 6.1 rebounds, eight assists; Westbrook, playing more of the point guard role, is posting an impressive 22.2 points, 7.5 rebounds, and 6.8 assists. While the two are tough to slow down, can Houston win the NBA championship?

They certainly look the part, but two key factors will truly determine how the Rockets season concludes.

Will they play defense? One of Houston’s crutches for years under Mike D’Antoni is whether or not his team will put enough effort into the defensive side of the basketball. Well, thanks to Westbrook, PJ Tucker, and Clint Capela, Houston has the eighth-best defensive ranking in the entire Association.

Second, Harden must perform like a superstar in the playoffs. Too often, the California native has a bad reputation for coming up short in the biggest matchups. In 2017, Harden and the Rockets had a historically bad meltdown. Harden’s collapse was so shocking; Columnist Bill Rhoden couldn’t recall ever seeing in his 40-plus years of writing.

If Harden can change the trajectory of his career as a big game choker and continue his dominating play from the regular season into the playoffs, Houston could be the favorites to win it all!