Can the Lakers Continue Their Dominance Into April, May, and June? - Offside Story 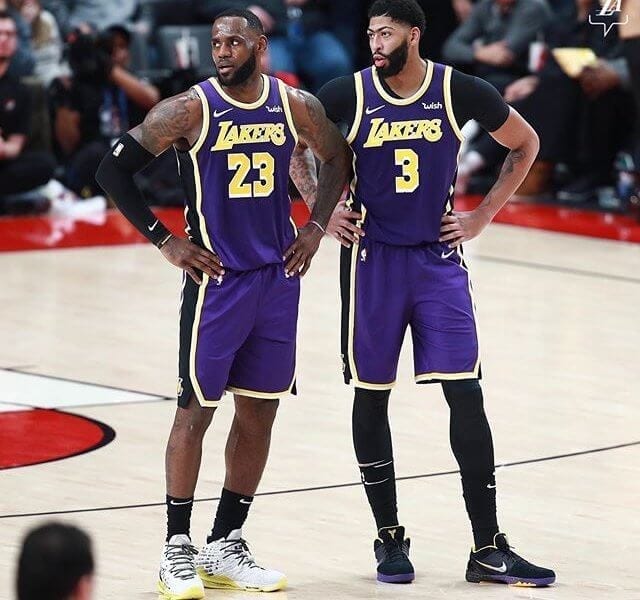 Can the Lakers Continue Their Dominance Into April, May, and June?

Superstar LeBron James and the Los Angeles Lakers have been the best and most consistent team in the NBA this season. With James and co-star Anthony Davis leading the way, the Lakers have sprinted out the gates to a 15-2 record and appear to be an early favorite for the NBA title. Seamlessly winning every night and James playing at a high level, it is still, however, too soon to crown the Lakers.

While the Lakers have been dominant, one factor that many are overlooking is how they played against the Los Angeles Clippers during the season opener. Clippers star Kawhi Leonard, a tremendous defender, virtually took James out the game during the final stretch, ultimately leading the Clippers to a 112-102 win.

“LeBron James, I don’t know if it was age or rust, but something did not look right,” Stephen A Smith said during an ESPN telecast with Mike Wilbon.

While the Lakers are rolling since that defeat, the Clippers have added a significant boost to an already talented roster with Paul George returning from injury. With a lineup of Patrick Beverly, Leonard, and George, how are teams such as the Lakers going to score enough points?

Age is another key for the Lakers not to get too excited just yet. James will be turning 35 in December, and in his seventeenth season, it wouldn’t come as a surprise should an injury or fatigue derail him as we enter into April, May, and June.