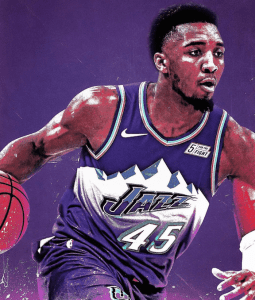 How Good Can Utah Jazz Guard Donovan Mitchell Be? 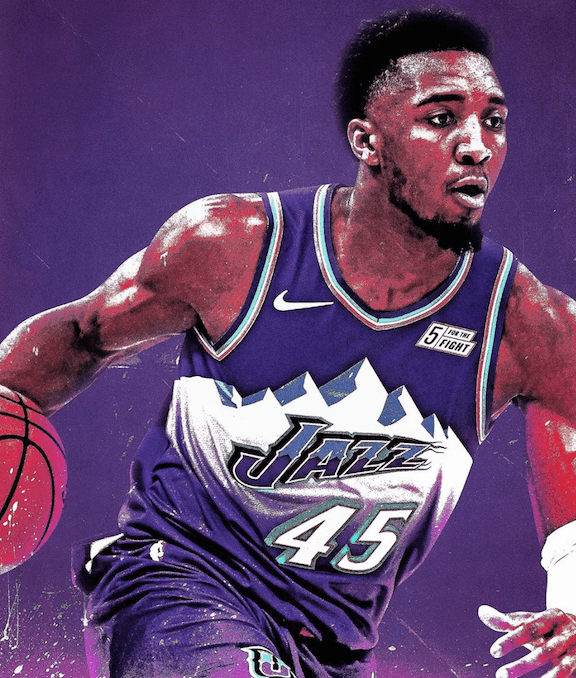 Even though guard Donovan Mitchell plays for the small market Utah Jazz, the 3rd year guard is making a name for himself that many are taking notice of. After the Jazz traded up to get him in the 2017 NBA Draft, Utah has reaped the benefits by taking him with the 13th pick.

Every year, the Louisville product has upped with averages in multiple categories. During Mitchell’s rookie year, where he lost out on Rookie of the Year to Ben Simmons, the Utah guard posted averages of 20.5 points per game (ppg), 3.7 rebounds per game (rpg), and 3.7 assists per game (apg). In his sophomore year, Mitchell averaged 23.8 ppg, 4.1 rpg, and 4.2 apg. Now, fast-forward to the first half of the NBA season in Mitchell’s 3rd year, and you will see his 24.2 ppg, 4.4 rpg, and 4.4 apg continue to put the Jazz guard on an astounding pace.

With many comparisons to Dwayne Wade, Mitchell’s game and stats are eerily similar. In Wade’s 3rd year, he averaged 27.2 ppg, 6.7 apg, and 5.7 rpg. Mitchell is not far behind and will easily be able to average 30 ppg with his peak years coming up. The biggest question will continue to be if Donovan can continue to create. With assist number improving, it is realistic that Mitchell could average over 5 apg in his future.

“The Flash” won 3 Final, and one during his 3rd year in the NBA. Can Mitchell match the number? Probably not, but one NBA Championship could be in the cards for this young talent who is still only 23 years old.