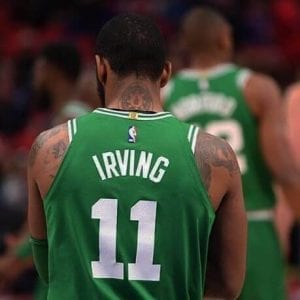 Is Kyrie Irving a Team Cancer? 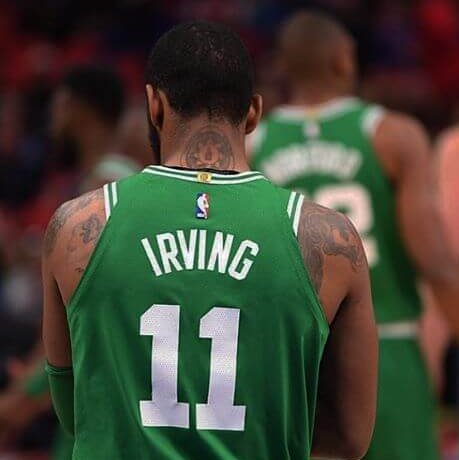 For all the tremendous talent that Brooklyn Nets star Kyrie Iriving possesses, is he a team cancer? With Brooklyn playing relatively better without him in the lineup due to injury and Boston vastly improving in his departure, just how much of an indictment is this on the New Jersey native and six-time all-star?

During the 2017-2018 campaign, the Boston Celtics were a game away from the NBA Finals, taking LeBron James and the depleted Cleveland Cavaliers to seven games without Irving. A nucleus of Terry Rozier, Marcus Smart, Jaylen Brown, and Jayson Tatum — played their best basketball of the season in a great series with Irving on the sideline.

The following season, with Irving healthy and back in the lineup, was expected to be a championship season for the Celtics. If they took James to seven games the season prior, it was only natural to expect Irving to get them over the hump.

Rumors of locker room tension and Irvings inability to produce in the confines of an offense, while making teammates better, were a significant issue in Boston and now already appear to be the case in Brooklyn. Spencer Dinwiddie struggled alongside Irving during the early portion of the season; since Irving’s injury, Dinwiddie has looked more comfortable.

To add fuel to the fire, Smart spoke to The Athletic about Irving in a recent interview.

“It’s not that we didn’t know how to act (around him),” Smart said. “It’s that we didn’t know how he was going to act. We didn’t know what his moods were and we didn’t know what Kyrie was going through. And that made it tough on us because if somebody’s going through something in their life and you don’t really know what it is, it’s kind of hard to see what’s wrong with him, it’s kind of hard to (provide) some help. It’s not against Kyrie, it’s just a defense mechanism as a human being you have. And he wasn’t here long enough to really be able to open up the way he probably wanted to, and it probably got to him a little bit.”

Irving has no option but to make it work in Brooklyn. Should he fail, his legacy will take a mighty hit.