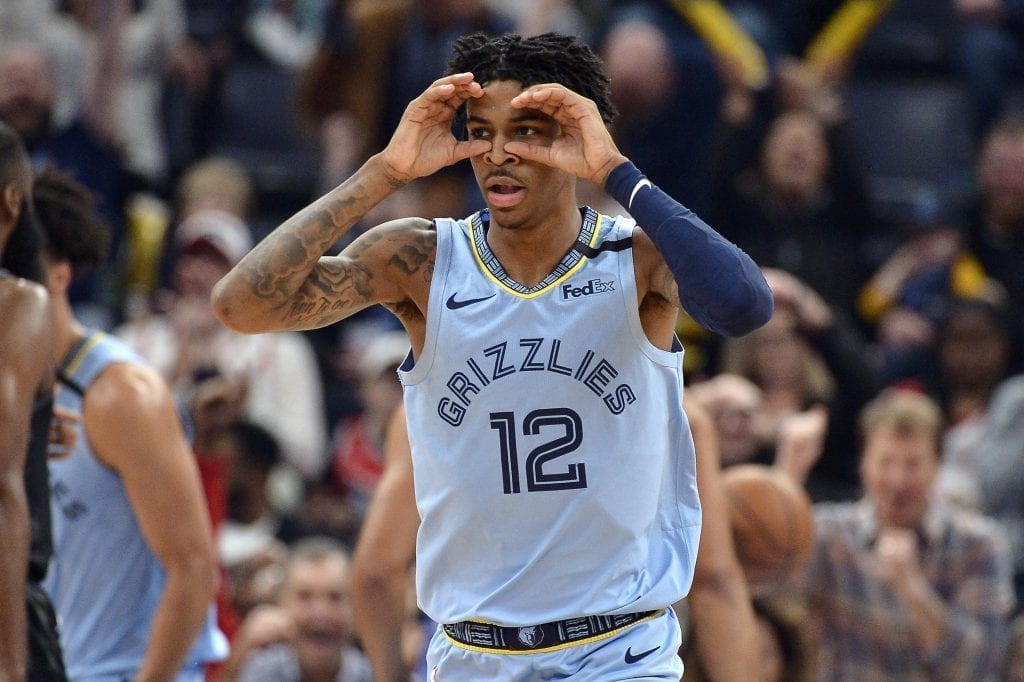 Ja Morant was drafted 2nd in the 2019 NBA Draft, by the Memphis Grizzlies. There were doubts coming out of college about his slender frame and questions about his game adapting to the more physical NBA game. There seemed to be a lot of roadblocks on Ja’s path to Rookie of the Year. Mostly the fact that the number 1 pick was the highly touted, ‘dunking machine’ – Zion Williams.

Even though Zion was sidelined with an injury for most of the beginning of the season, he was still the only rookie on everyone’s mind. In the meantime, the Grizzlies were predicted to be one of the worse teams in the league. However, they were flowering under Ja’s electric play, holding firmly onto the 8th seed and a playoff spot. His explosiveness started to remind of a young Russell Westbrook.

Ending defenders with high-flying dunks, like the time he posterized Kevin Love into oblivion. Morant, quickly took to his point guard responsibilities, controlling the offence, and constantly finding his teammates. Ja was doing a little bit of everything. Keeping Memphis in the playoff picture, a place no one predicted before the season. Ja couldn’t be stopped, playing on a nightly basis, putting up monster stats for a rookie, scoring nearly 17 points, and adding almost 7 assists per game.

With all the excitement from Zion’s return and immediately dominant play, effectively adding to the Pelicans playoffs push before the season was paused. It was Ja, who truly came out on top. Considering time played, and that he was leading his Grizzlies to the playoffs. Was there really anyone even close to competing with Ja for ROY? …I mean Zion was legendary in his games back before the great pause.