NBA Players Who Can Make Their First All-Star Game Appearance 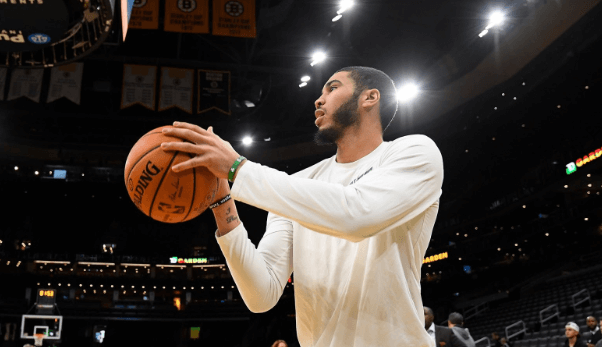 You can never please everyone — which is often the case when the National Basketball Association (NBA) reveals it’s annual list of starters and reserves for the All-Star game. While fans and media pundits are accustomed to the usuals: LeBron James, Steph Curry, Kevin Durant — there are always questionable omissions from the star-studded event. As the 2019-2020 season is slated to kick off next week, we’ve compiled a list of talented players who are most likely to make their first NBA All-Star appearance.

If there were any questions as to whether or not Trae Young could make a seamless transition into the NBA ranks after a historic one-and-done season at Oklahoma, those were put to bed. In Young’s rookie season, he guided a young and inexperienced team to a 29-53 record while averaging 19.1 points and 8.1 assists per game.

Questions remain as to whether Young will be a Steph-Curry like three-point shooter as his 32.4 shooting percentage from behind the ark must improve. With a wide-open Eastern Conference, an improved roster, and an incredible combination of ball handles and court vision, Young may be the most likely first-time all-star on this list.

Possibly the most talented player on the list is none other than last year’s Rookie of the Year and NBA sensation Luka Dončić. Like Young, Dončić turned heads around the Association for his incredible ball handling, vision, and ability to score.

Dončić was so dominant as a rookie that many felt he deserved an all-star nod last year. In 72 games, Dončić averaged an incredible 21.2 points, 7.8 rebounds, and six assists. With an added year of experience under his belt, look for Dončić to make his first all-star team and solidify himself as the next great European Superstar.

Seriously, it’s a travesty, the anchor of the Utah Jazz defense and back-to-back defensive player of the year Rudy Gobert hasn’t made an all-star team to date. As the NBA shifts farther away in promoting their defensive stars, Gobert is perhaps the biggest casualty as his game-changing defensive prowess is overlooked.

Just how dominant has Gobert been on the defensive side of the basketball? The six-year veteran led the NBA in defensive real plus/minus (4.35) and defensive box plus/minus (5.1), while also finishing second in blocked shots.

With the addition of Mike Conley in Utah, Gobert should see more points around the basket that could boost his 15.9 points and 12.9 rebounds averages and rightfully make him an all-star.

If Kawhi Leonard was the Michael Jordan of Toronto’s magical championship team last season, Siakam was Scottie Pippen. One of Raptors general manager Masai Ujiri’s most impressive finds, the 6-foot-8 forward is an excellent two-way player on the cusp of stardom.

With averages of 16.9 points, 6.9 rebounds, and 3.1 assists on 54.9 percent shooting from the field, Siakam made a solid case for all-star consideration last season. Entering into year four, with more responsibilities, it’s easy envisioning Siakam evolve into a bonafide star. Doubters should look no further than his explosive NBA Finals debut in which he scored a tone-setting 32 points.

Debating whether or not Mitchell, entering into his third season, will make an all-star team is a matter of when than if. The New York State native is one of the more explosive athletes the game has to offer and a tremendous scorer with averages of 22.1 points, 3.9 rebounds and 3.9 assists for his career.

Mitchell is excellent — nobody will refute that. The problem Mitchell and other great guards playing in the West have to deal with is competing against a robust amount of talented guards in the conference. While Mitchell wins games and impresses daily, it’s hard to get looks over the likes of Steph Curry, James Harden, Damien Lillard, and Russell Westbrook.

Should Utah fans expect it to be any different in 2020? Actually, yes!

Coaches are known in the past to reward winning, and many outlets predict Utah to be one of the best teams in the NBA. Should Utah consistently remain a top team in the West, expect the third-year electric guard to make the trip to Chicago in February.

The term Sophomore slump and Jason Tatum went hand-in-hand last season as many fans and critics expected a significant leap from the 21-year-old following his impressive 2018 playoff showing. In a lost year for the Celtics in which Kyrie Irving failed as a leader and Gordon Hayward unsuccessfully returning from injury, Tatum was a casualty of his surroundings.

In year three, with Irving subtracted from the picture for more team-friendly point guard Kemba Walker, Tatum is expected to make a statement this season. Last year, Tatum averaged 15.7 points, 6.0 rebounds, and 2.1 assists, the 6-foot-8 wing will bounce back and likely land as an all-star.

Much like Mitchell, Jamal Murray’s case for the All-Star game rides on his ability to lead Denver’s offense into one of the most dominating units in basketball. In a conference that possesses more talented options at the guard positions, Murray’s edge will have to be where Denver lands in the standings during the first half of the season.

A dynamic scorer and lethal shooter, Murray averaged 18.2 points and 4.8 assists last season while proving to be a worthy second option to star Center Nikola Jokić. While nobody should bet their life savings on it, Murray does have better-than puncher’s chance to land in his first All-Star game.

After falling to the Toronto Raptors last season, the Philadelphia 76ers have revamped their roster a bit. The eight-year veteran Tobias Harris will be a pivotal factor in the team’s success.

Since being traded last season from Los Angeles to Philadelphia, Harris struggled to find chemistry with Jimmy Butler. With Butler removed the equation, Philadelphia will be relying on Tobias to be their primary perimeter scorer and go-to option behind Center Joel Embiid in big moments. Harris has great size, length, and ability as a scorer from anywhere on the court. Harris’ averages of 18.2 points, 7.9 rebounds, and 2.9 assists are nothing to snooze at.

With the East being talent deprived, and the 76ers expected to be a force, look for Harris to get strong consideration for the All-Star team.

Let’s face it; Zion Williamson hasn’t shown any red flags or signs of slowing down during pre-season action for the New Orleans Pelicans. Critics and doubters of the Duke product believe Williamson’s weight, spotty shooting, and height will derail him in the pros.

Well, through four exhibition games, Williamson has been virtually unstoppable, averaging 23.3 points, 6.5 rebounds, 2.3 assists, and 1.5 steals. Williamson has flashed the same mind-boggling athleticism he did at Duke with explosive attacks at the rim and unbelievable touch.

Yes, Williamson still needs to work on his jumper, however, that likely won’t stop the 19-year-old from being dominant even as a rookie. In fact, with big endorsements and an exciting brand of basketball, it’s not a stretch to think Williamson can be a starter during February’s All-Star game.

Sometimes overlooked while playing alongside superstar point guard Damian Lillard, CJ McCollum is an excellent shooting guard who continues to impress. As McCollum enters into year seven, Portland is optimistic about taking another leap toward an NBA Championship.

While Lillard is the unquestioned leader and best player on the roster, it’s hard to argue just how valuable McCollum has been to this franchise. Last season, McCollum averaged 21 points, four rebounds, and four assists — incredible numbers for a second option on a playoff team. As expectations grow for a team that will bring back a healthy Jusuf Nurkić, McCollum has a real shot at being named an all-star in 2020.