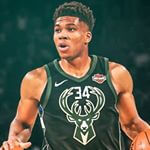 Predicting the NBA Champion in 2020

After a plethora of off-season National Basketball Association (NBA) free agency moves, the basketball world has been turned upside down. The Golden State Warriors no longer have the inside track to a championship, and it is could be anyone’s game. So, here is the dark horse, challenger, and favorite to win the NBA 2020 Championship.

The Utah Jazz might not be the sexiest of pick, but they had the best off-season you never heard of. By trading for Mike Conley, and signing Bojan Bogdanovic, Jeff Green, Ed Davis, and Emmanuel Mudiay, the Jazz looked primed and ready for their first trip to the NBA Finals since the Stockton and Malone of 1997 and 1998.

The City of Brotherly Love has one of the best chances to get out of the Eastern Conference and win an NBA Championship. Even though the 76ers lost Jimmy Butler in the offseason, they added Al Horford, Josh Richardson, and rookie Matisse Thybulle to assist with stars Ben Simmons and Joel Embiid. This would be Philadelphia’s first championship run since Allen Iverson carried the team to the NBA Finals on his back.

The Los Angeles Lakers brought the King to southern California last season and paired him up with star big man Anthony Davis. “The Lake Show” even brought back former Lakers player Dwight Howard to add to the frontcourt. With veterans like Danny Green, Jared Dudley, Avery Bradley, and Rajon Rondo, the Lakers are the odds on favorite to win the NBA Championship in 2020. This would be title number 17 for the Lakers and its first since 2010 when Kobe Bryant ran the team.