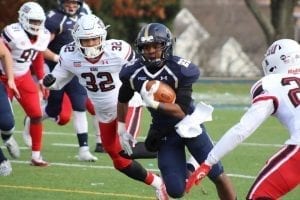 Whenever professional sports’ teams account for amazing winning records, you can imagine some very bad teams as well throughout the years. Here are some of the worst sports franchise seasons that have ever graced the Earth.

The New York Mets underachieved in 1962. Even with the great Casey Stengel as its manager, the Mets had a record of 40-120. Over the last 120 years, only 2 baseball teams have been worse than the Mets .250 winning percentage. That is a lot of losing.

How would you like to lose every game you ever played in the season? That is exactly what the Detroit Lions accomplished in 2008. Even though the Lions had many games where they had the lead, they never could finish what they started. The stars of wide receiver Calvin Johnson and rookie running back Kevin Smith could not save the Lions.

The Lions 0-16 season pales in comparison to what Prairie View A&M went through from 1989-1998. Over 10 seasons, Prairie View lost 80 consecutive football games in a row. In 1998, Prairie View finally won 14-12 against Langston. This record might never be touched again hopefully.