Who is the best soccer player on the planet? - Offside Story

Who is the best soccer player on the planet? 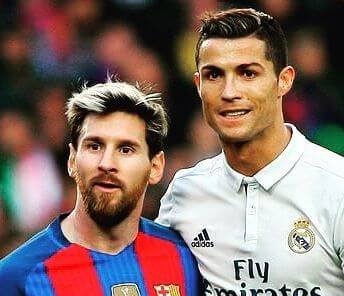 Over the years, Cristiano Ronaldo and Lionel Messi have led the way as the best soccer players on the planet. However, a new king has risen to the top. That player is named Luka Modric. The Croatian midfielder currently plays for Real Madrid and is the captain of his national team.

Even though being a central midfielder is Modric’s bread and butter, he can just as easily play the attacking and defensive midfielder positions. In 2019, Modric won the prestigious Golden Foot Award due to his team player achievements. This honor can only be given once in a lifetime and is giving to individuals 28 and older.

In 2018, Modric single-handedly carried Croatia to the FIFA World Cup finals. Even though the Croatians lost to France, they had their best finish in the country’s history. Modric was a huge reason why. After his success at the World Cup, Modric helped Real Madrid finish 3rd in La Liga, accounting for 3 goals and 6 assists over 31 games.

But, in the 2019-2020 season, Modric is on a tear. Real Madrid has only had 4 matches, but Modric already has 2 goals and 4 assists to start the season. With a ton of matches to go, Modric is surely on pace to have his best season ever. In turn, this will assure his title as the best soccer player on planet Earth. Others might have something to say about this, but Modric’s play speaks for itself.