Will the NFL have a team in England? - Offside Story 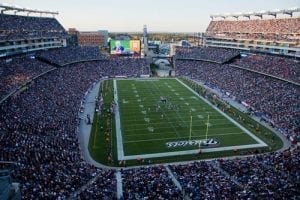 Will the NFL have a team in England? 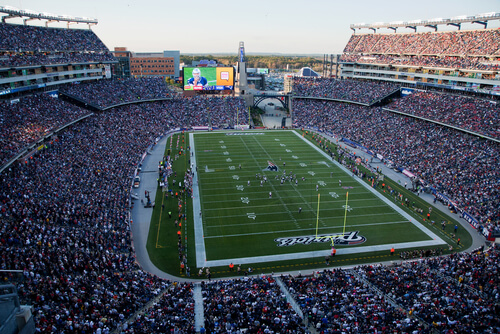 The talk around the National Football League (NFL) for the last few years has revolved around the franchise wanting to move a team to London. Another team could also be hypothetically created as well. This move would be the first professional sports league to have teams outside of the United States and Canada. The NFL has tested this to see if it would be applicable by sending teams over during the year to the joy of English fans. Since 2007, the NFL has sent teams over the pond to play regular-season match-ups. Before that time, the NFL dabbled in pre-season match-ups, partnering with a developmental European league.

With this in mind, the NFL believes that they will be able to bring in big revenue to bolster the European and British markets. But, it definitely would not be smooth sailing at first. There would be legal, fiscal, and logistical challenges that the NFL would face to get it off the ground. However, one thing the NFL could use to get started would be rent out a soccer stadium, where thousands already gather. These locations could be Wembley Stadium or the Tottenham Hotspur Stadium.

Currently, the NFL has a tentative plan to bring the city of London a football team by 2025. More tests will be done to decide if the NFL can make this dream become a reality shortly. It will be up to Commissioner Roger Goodell and company to make a decision that will affect the league for years to come.